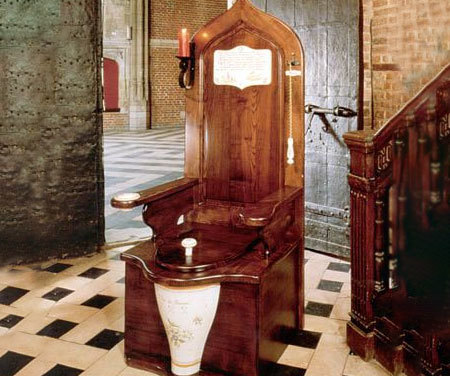 The flush-down toilet seat closer solves a host of nuisance, health and safety problems with toilets.

The modern commode is an essential, albeit mundane part of our daily lives. It isn’t glamorous, but is does what it was designed to do and does it dependably. However, until there’s a problem with our plumbing, most people don’t think too much about their toilet, unless of course they sit down to use it in the middle of the night and fall in, unaware that the seat was left up.

House-pets can find it hard to resist the taste of water that is often cooler and “fresher” than the water in their bowl. While this may seem convenient and even harmless, drinking toilet water comes with a risk of bacterial contamination, such as E. coli. The invention of the Flush-down toilet seat closer eliminates the all of these age-old problems associated with leaving the lid up. Flush-down toilet seat closer!

The original Flush-down was the brainchild of independent inventor, Tom W. Reminga of Michigan. Tom did an amazing job developing and test-marketing the beta version of his product, but he wanted to make it even better. So he contacted AON Invent and collaborated with our product design and engineering team. The result produced a Flush-down mechanism that is easier to install and works even better than the original. Stay tuned. It’s soon coming to a toilet near you.

Speed – the only size that matters in product development