You don’t have to start from scratch! 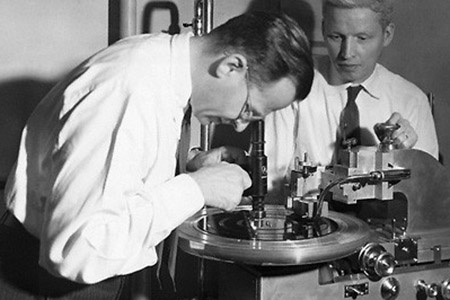 Designing and patenting improvements to existing products can be a huge opportunity, as long as the improvement is substantially better than the original product.

You don’t have to start from scratch! According to Smithsonian.com, the “potters wheel” was invented around 3500 B.C. but it wasn’t until 3oo years later that it was adapted to transportation for the first time on a chariot. And while the wheel is often cited as the hallmark of mankind’s innovation, many of the most successful product innovations in history have been improvements to “existing products”. And that is exactly what inventor Peter Carl Goldmark did as the inventor of LP records.

Before 1948, all records to were designed to play (turn) at 78 RPM. The drawback to this was that maximum playtime was about five minutes per side.

“I was at a party listening to Brahms being played by the great Horowitz, when suddenly there was a loud click. The most horrible sound man ever invented, right in the middle of the music. Someone rushed over to change records. The mood was broken.”

It seems safe to assume that Mr. Goldmark wasn’t the only person to be annoyed by the “broken mood” caused by the limitations of the 78 RPM records. There must have been untold thousands of people who “wished” someone would do something to increase the length of play and perhaps hearing complaints from others validated his assertion that it was a problem worth fixing.

Melinda is a blogger, graphic designer, and stay-at-home mom living in Palestine, Texas.

Similarities between a Model-T Ford and COVID-19