“Speed” – the only size that matters in product development 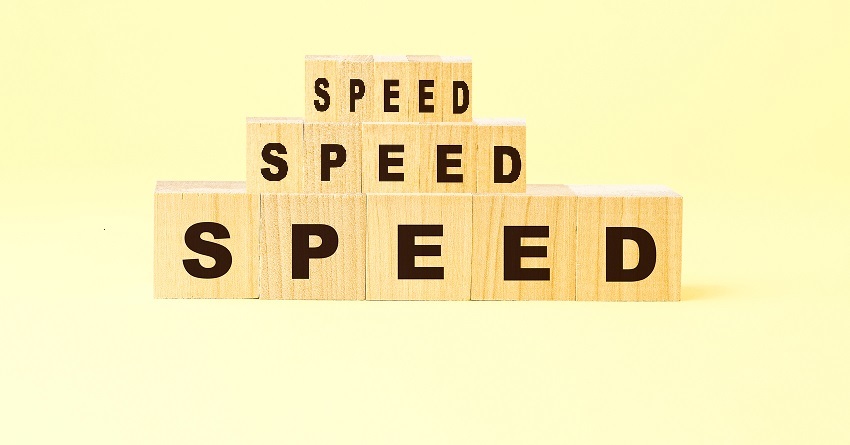 When it comes to product-development in today’s hi-tech, fast-eat-the-slow economy, “speed” has become the only “size” that really matters.

When some large companies evaluate competitive opportunities, they have a tendency to assign higher weighted-values to “risk-aversion” than “growth opportunities”. If left unchecked, this dynamic can morph into an unofficial corporate mantra, leading to a time for stockholders to log into their brokerage accounts to buy put-options on those once-dominate brands.

While always courting the major brands, over the years we have met with many smaller, privately-held consumer-product companies (CPGs). These smaller companies are exciting to work with. They love to review our innovation silo and are usually eager to expand their product-line by adding exclusive innovations from our portfolio. Unfortunately, they often lack the capital to tool-up for new items and fill the initial supply chain. But it never fails. Once the orders (and more importantly, reorders) began to flow, banks and private equity firms line up at their doors to compete for their business.

A classic example of this “David and Goliath” dynamic took place a few years ago with Dollar Shave Club. The company was launched in its founder, Michael Dubin’s garage in January of 2011 and was purchased by Unilever just five and a half years later for $1 Billion dollars. Perhaps you remember seeing DSC’s entertaining (and highly effective) YouTube commercials like the one on this link, which disrupted the entire shaving industry, yet was produced in one day for a reported cost of just $4,500.

In wake of DSC’s explosive success, another entrepreneur, Jeff Raider launched Harry’s just 18 months later. Ironically, Gillette, the company that had dominated the category since inventing the disposable razor over 100 years earlier, didn’t offer a D2C razor subscription until 3 years after DSC disrupted their market.

Now consider the demographic of NW Arkansas – often touted as the “Retail Capitol of the World.” NWA has the highest concentration of retail and consumer packaged goods (CPG) expertise in the entire world, but it will never reach its real potential until it acquires the one leg, still missing from its “milk stool”: pre-revenue venture capital.

Conversely, a seemingly unlimited supply of growth capital sits on the sidelines in NWA, as elsewhere, for any CPG that manages to bootstrap their business to get their product(s) out of their garage and onto the shelves of major retailers and ecom platforms. But when the inevitable finally happens… when the deep-pocketed venture capitalists from the left or right coast discover NWA’s pent-up opportunity, this region will explode as never before with high-paying engineering and manufacturing jobs on a magnitude capable of overshadowing our retail heritage, by becoming the “Innovation capitol of the world.”

I am sure there are a lot of skeptics who might chuckle at this notion while pointing out that established brands have plenty of capital to invest in consumer product innovation – and they are correct, but big, risk-averse companies will probably not be leading that charge. They will be far too busy defending their market share from the next generation of competitors who use “speed” as their weapon of choice.

In the eight years since we launched AON Invent, 320 of our product innovations and inventor-collaborations have successfully made to market – some as line extensions of existing brands, some in response to category-specific requests from retailers or CPGs, with a growing number through D2C startups that were bootstrapped by the inventors. In response to the success of their first collaboration with AON Invent (which involved more than 100 individual products) one large, specialty brick-n-mortar retail chain, created a corporate position to serve as their innovation liaison, in order to minimize the risk of missing out on future “relevant innovations”.

From our perspective, consumer-driven product design, simply makes sense. After all, who knows more about the kind of stuff people buy, than the people who buy stuff? Which brings me back to a point I’ve made in previous blogs, “Even in today’s digital world, “merchandise” is still, and will always be the most important part of the e-quation.”

The Truth About Competitive Advantage