By Larry Robertson, CEO | AON in the News 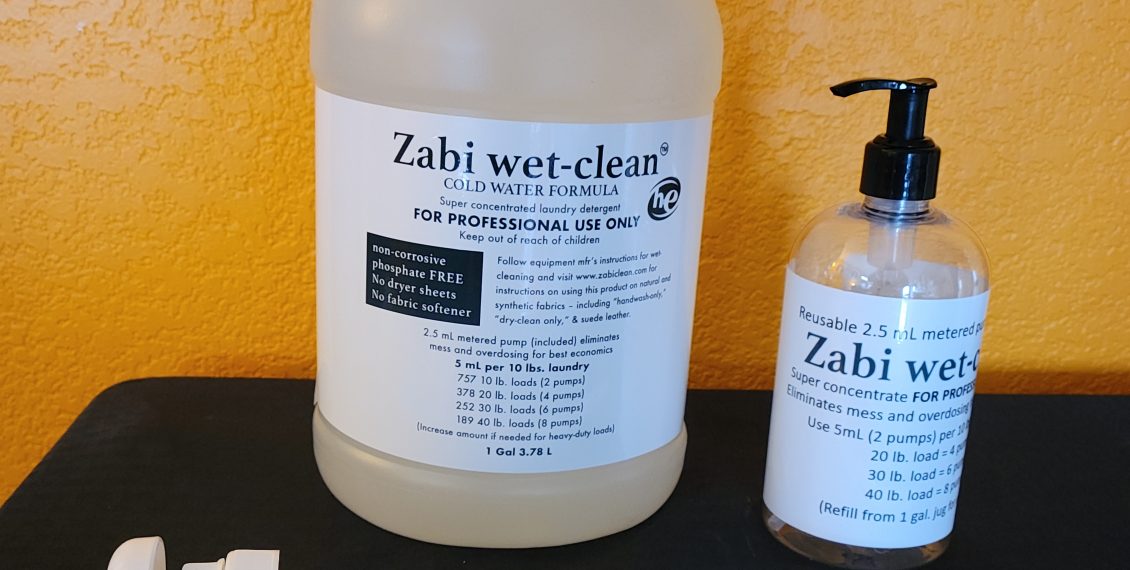 “Wet” is the new “Dry” in the laundry industry as wet-cleaning boosts demand for high-end moisture-control dryers.

Bentonville, AR April 06, 2022 –(PR.com)– According to Larry Robertson, CEO of AON Invent in Bella Vista, Arkansas, an inventor-client, who owns a Texas dry-cleaning service, has formulated a laundry detergent that appears to challenge a fundamental law of detergent chemistry: “Up to this point, it was a generally accepted premise that (all else being equal) a higher pH detergent would clean better than a lower pH detergent. However, there always came a point where the cleaning advantage was offset by
color-fade and fabric damage – until now.”

The detergent, branded, “Zabi Wet-clean,” easily passed product testing at UL Test Labs in Rogers, Arkansas, according to Robertson, while adding, “We thought the results were too good to be true until we read UL‘s report and realized the pH level was nearly off the charts at 13.6. That is higher than pure chlorine bleach and hundreds of times higher (more alkaline) than most commercial laundry detergents, which generally run in the 8 to 10 range on the pH scale of 7 to14.” pH values are logarithmic: i.e., 10 pH is 10 times higher than 9 pH and 100 times higher than 8 pH.

Robertson added, “Zabi’s super high pH explained why it cleaned so well, but did not explain why it didn’t damage fabrics and strip away color like strong bleach. To answer that question, UL Product Test Lab referred AON Invent to InVitro International in Placentia, California. InVitro’s ‘Corrositex’ (OECD TG 435) test is recognized around the world as the ‘gold standard’ for non-animal testing of chemical corrosivity.”

After completing their tests, InVitro’s CEO, Rich Ulmer, called Robertson with the exciting news. “That magic potion of yours is not at all corrosive,” Ulmer told Robertson, adding, “this is probably only the second or third time in our company’s thirty-five-year history that our test results conflicted with predictions based on the pH and chemical composition in a corrosivity test.”

According to Robertson, the inventor, who wishes to remain anonymous, developed both the chemical formula and manufacturing process that protects fabrics from physical damage and color-fade, without reducing its cleaning power.

Robertson noted that each of the five (5) dry-cleaning/laundry services that participated in Zabi’s beta testing, ended up replacing their dry-cleaning machines with programable moisture-controlled dryers and switching to 100% “wet-cleaning” – the term used to describe professional methods of cleaning laundry, using water and detergent rather than chemical solvents.

One gallon of Zabi Wet-clean will wash nearly four (4) tons of laundry, which equates to about 400 residential loads.

For more information on Zabi Wet-clean, call AON Invent at 479-855-6699 or email wet-clean@zabiclean.com.