An endorsement from a professional inventor 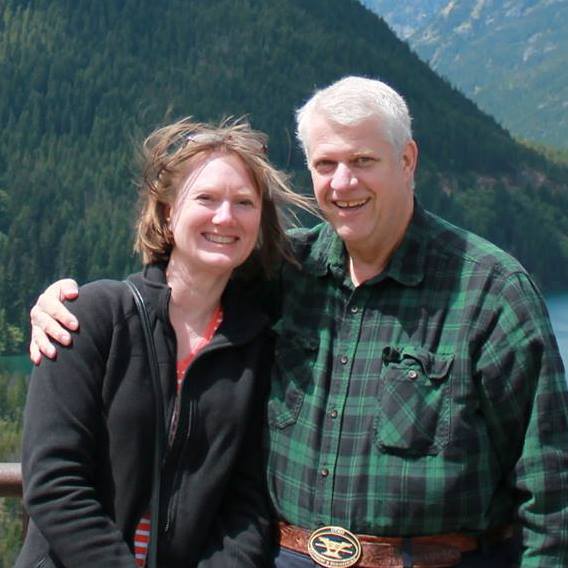 Not long ago we received this kind endorsement letter from professional inventor, Paul Stone, about his experience bringing his latest invention to market. Thank you for your kind words, Paul!…

I love to tinker and make things.

I suppose that is why I am an engineer. As a child I would take everything apart, putting it back together was optional. I refuse to go to the fabric store with my wife. They don’t have a play room for the husbands, and they will not let me take the sergers apart and put them back together again. (I suspect they cannot be put back together, I must find out.)

My father was a tinkerer too. He taught industrial arts for 38 years and built every house he ever owned. He was a master of all trades. His DIY house looked like it was built by a master builder. He remodeled kitchens in the summers, including building the cabinets. Because of him I learned to run a milling machine, engine lathe, and drill press. We had both an oxy-acetylene torch and a TIG torch (heli-arc) in the garage. Guess who was required to learn how to use them? Believe me, my father did not have to force me to use them. It was more like finding a way to get me to wait until I was ready.

I was cursed with the knack!

As I said, I am an engineer, a research engineer. As a research engineer, I have invented a thing or two. Some were worth patenting, many were not. Well, I finally invented something that my employer was not interested in, and they released it to me. (37 states now require employers to release inventions to their employees if the invention has nothing to do with the company’s line of business, and company resources were not used it its development.) Because this invention also had a business case, meaning it could be manufactured and sold at a profit in the market place, I decided to move forward and protect it with a patent, develop it into a product, and bring it to market.

I’ve worked as an assistant plant manager, plant engineer, purchasing manager, operations manager, and cost estimator. The skills I learned from my father also came in handy. Knowing how to make things is a BIG deal. I leveraged all of these skills and successfully launched my business. After 2 ½ years it finally graduated from the garage, and we had our own space. It was wonderful.

Then I ran into a brick wall. I don’t know marketing, and I could not afford to hire these services and the advertising necessary to break into the open market. I determined that my product could bring in far more money if I were to license the product to a large company.

Now I have more than a dozen patents or patents pending with my employer. I have worked with patent attorneys on each of them. I have been around the block a time or two. Patents are expensive! A patent attorney charges over $400 an hour. Ouch! I bought a book called “Patent it Yourself.” I read most of it, and one thing I learned: “Do not work with an inventor exploitation company.” Inventor exploitation is what almost every invention service company does. Inventors are passionate about their inventions and are willing to invest their last dime to make their dream come true, and these inventor exploitation companies are more than willing to take it. Some of these companies only bring one idea to market for every 3,000 ideas they “approve.” Thieves!

I did learn to sort of write my own patent. I have my own CAD system so I could do the illustrations as well, and I found a patent attorney in Reno, Nevada that would work with me for a modest price. I wrote the specification for the patent and did the patent illustrations. He doctored my work and wrote the claims. We filed two patent applications. Initial cost for under $5,000 each.

I had been in communication with a man whom I thought was my friend for several years. He owns a business that supplies the woodworking industry. I offered to license my product to him, as he had wanted it for years. He was interested, but he only offered half what he had previously stated he paid on royalties. He knows how hard it is to market intellectual property and was assured that I would be forced to come back at some point. But he underestimated me.

I felt impressed to call my alma mater, BYU, for guidance. I talked with some engineering professors, and they directed me to the university’s technology transfer office. This office is in the business of marketing IP generated by the faculty, staff, and students. They referred me to an invention service company in Arkansas. My first thought was, “Here we go, an inventor exploitation company. Not going to happen!” They sensed my reluctance and explained that the university had worked with them many times with happy results, and that this company was different.

Inventor exploitation companies place no limits on how much money you might have to give them. On the other hand, AON Invent has a transparent, three-step process.

This three-step process is very telling: It has financial limits. They limit the amount of money you pay them. They will not take more than $3,249 from anyone for a single invention. That is jaw dropping! No inventor exploitation company would do that. What are they thinking?!

How in the world do they pay their bills? They get 51% of the royalties paid by the manufacturer, and the inventor gets 49%. They make money only if you make money. That is how it should be. These guys are motivated to get your idea to market. I am thinking they are honest. $3,249 is a screaming deal just for the provisional patent application.

I am into this process only three weeks, and already they have presented my idea to several companies with names that are household words. Everybody knows them. They have done other things for me that went far above and beyond the call.

I have several other patentable products that I plan to share with AON Invent, but I am going to focus on one item at a time.

Similarities between a Model-T Ford and COVID-19